Stefanos Livos is an inspirational writer who was born in Athens in 1984, and grew up on the beautiful island of Zakynthos. Today, he resides in the large coastal, resort town of Bournemouth in the county of Dorset, England. He is the author of ‘Kleftes Maties,’ (Secret Glimpses) which is a collection of short stories and “A Life In A moment” which is currently under translation into English, to be published as an e-book later this year.

Stefanos agreed to come under the spotlight in a rare interview with the GreekReporter to talk about his writing, the cultural differences between the UK and Greece, plus the current situation in his homeland.

Stefanos, can you tell our readers a little about yourself?

Well, I consider myself to be a Jack of all trades, but master of none. I have studied Psychology and Mass media. I love writing of course and I enjoy photography, cooking and the winter season. At the moment, besides researching for my next novel, I’m working with people with learning disabilities, for an NHS Trust. I also work on a personal bilingual website, focused on the upcoming publication of the English version of my book ‘A Life In A Moment.’ I may start some tennis lessons this month too.

What is the book ‘A life In A Moment’ about?

It’s a book about life’s strange games, the unexpected turnovers, tricky coincidences and people’s journey to a destination that becomes very different to the one initially set. “No matter how long this narration may take, in reality it only lasts for a moment..” This is how Vassilis, the main character in the book begins reminiscing about his life by the sea with the breeze carrying away his thoughts. “Never look back; you may only find what you left or what let you go,” he was told sometime in the past, but now it’s different. He has only one moment to recall as many memories as he can: his childhood in Greece, the dark family secret, a long train journey, a life-changing betrayal, a ravishing love affair, a child’s  birth and his life in London… A life in a moment, is it enough?

Are the experiences described in the book based on someone you know or events in your own life?

It is inevitable to not be influenced by extraordinary things that happen to me or to people I know, so in the end, I may alter some of them up to the point where nobody can tell the similarities, and use them in my stories. However, it may sound strange, but the characters an author creates when writing, develop their own personalities, so they undergo these experiences in their very own way.

How old were you when you started writing?

What is the hardest part of writing a book?

It’s always the first paragraph because it has to be the best you can come up with, since it’s going to create the first impression. However, now that I’m carrying out historical research for my next book, I realize how difficult and tricky it is, trying to organize thousands of notes regarding details, clues and historical facts that you have to combine with your fictional story.

You seem to be a very busy man. What is your work schedule like when you’re writing?

I don’t actually have a work schedule because I’m afraid that it would make me feel like an employee who has to adjust to specific timetables.  I prefer to write when I’m in the mood and feel like creating.  I may not wait anymore, as I used to do, for a divine inspiration to make me open the draft document, but this doesn’t mean that I would ever force myself to sit and start writing.

Which is your favorite book from those that you have written?

It has to be the one that I’m writing now, which I have called “Violet’s Treasure”. It’s a historical novel with a fictional story set on Zakynthos, the island where I grew up. The story takes place during the Second World War.  I’ve only written the introduction, which is about 50 pages, so I guess it’s going to be huge, meaning a lot of thoughtful work.

Do you get feedback regarding your books from readers?

Thankfully, yes. My first book came out this April and the second in June, and I still, receive messages on my blog with people’s comments almost every day . I always send a reply too, as I feel really grateful to the people who are spending time not only on reading my books but also on sending me their feedback. So far, I’ve received quite positive reactions, so I’m focusing on becoming an even better writer for my fans. I consider it a challenge, and I love it!

What book(s) / author(s) have influenced your life and writing?

It has to be Enid Blyton’s books when I was a child and Gabriel Garcia Marquez’s as I was growing up.  Of course, there are also many others, but I wouldn’t like to single them out.

What about your life in Britain?  Do you notice the cultural differences between the UK and Greece ?

Of course. Although I can find many similarities since we live in a globalized world, what has impressed me the most is the respect I see here among people in their everyday life, something that seems to have disappeared inGreece. When most British people get off the bus, they thank the driver, while inGreece, this is totally unheard of. Beyond that, I like the way they treat their environment, clean up their cities, hang onto their culture and safeguard their monuments. However, on saying that, I wish that the British Government would respect the origin and the nature of the Parthenon Marbles and let them return to their home, which is notGreece, but the Acropolis itself.

What is your opinion regarding the present crisis in Greece ?

Although it’s a very complicated matter, there is a simple truth: if everyone abided by the laws and respected each other’s rights, we wouldn’t be in the turmoil we are today. Greece could be one of the richest countries in the world if the leaders of the country now did their best to exploit the energy resources (sun, wind, oil, natural gas etc) and the tourism.  On the contrary, though, they did their worst and became the butlers of the wealthy people who pull the strings of large international organizations, like IMF.

To finish off our interview. Do you have any advice for young, aspiring writers like yourself and is there anything you would like to say to your readers?

I would like to say to all young people who love to write, to be patient, methodical and never give up. I thank all my readers for their support and I really appreciate receiving their comments on my blog and communicating with them. 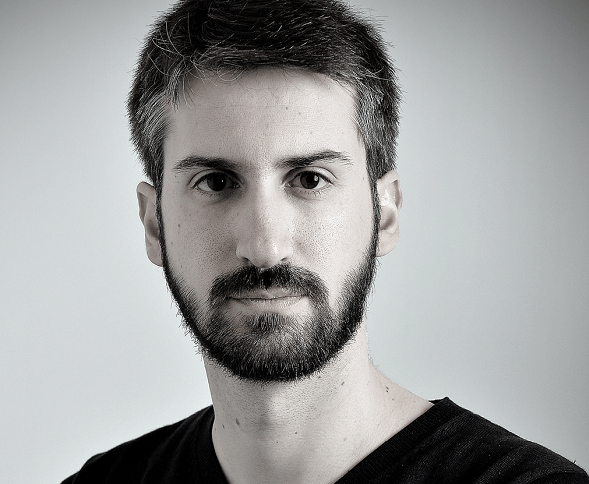 Interview: “Happiness means to ask for nothing”

Interview: “Being an only child is what has defined me the most”